Why is the Xoriguer bottle green? And why does it have that loop handle on the neck?

Well, this feature goes back to the time when liquor was sold in bulk and then transported in special containers which were called ‘canecos’, allowing people to safely carry their drink home and keep it cool.

This custom was retained until the early 80s, when Xoriguer had to start bottling its gin. They wanted a bottle that evoked Menorca, and that’s why they chose a brown glass one with a typical loop handle.

With the closure of many glass factories during the years of global recession in the 90s, it became more and more difficult to source brown glass. The business found an alternative option in green glass. They changed the colour but maintained the original bottle shape and handle.

And what about that windmill with the blades on the label?

This was another nod at Miguel Pons Justo’s origins’ working history, harking beyond the distillery to a time when they were millers at a farm lying in the south of Menorca… called Son Xoriguer.

This is why, when Pons Justo needed to find an image for his gin, he opted for one of the Xoriguer mill from the year 1784, where many generations of his family had turned quintals of wheat into flour. It was his way of highlighting how his distillery mirrored the values founded in that old windmill – tradition, quality and dedication. 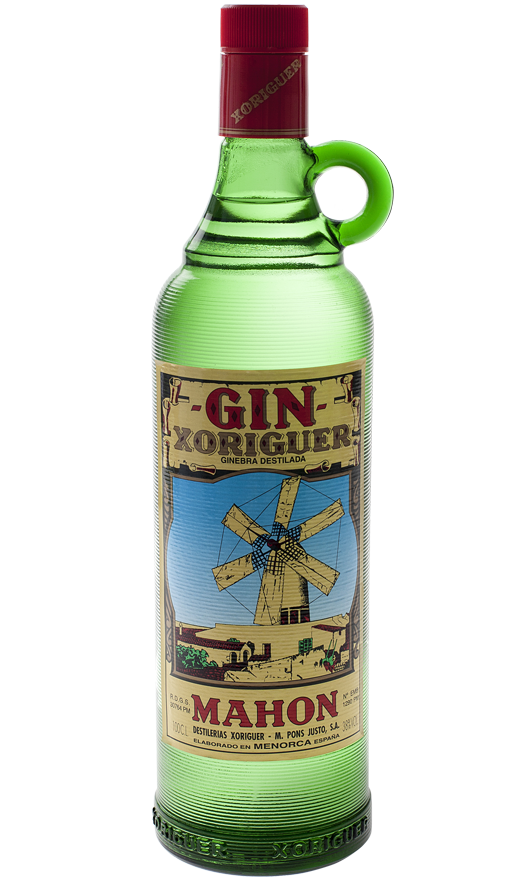